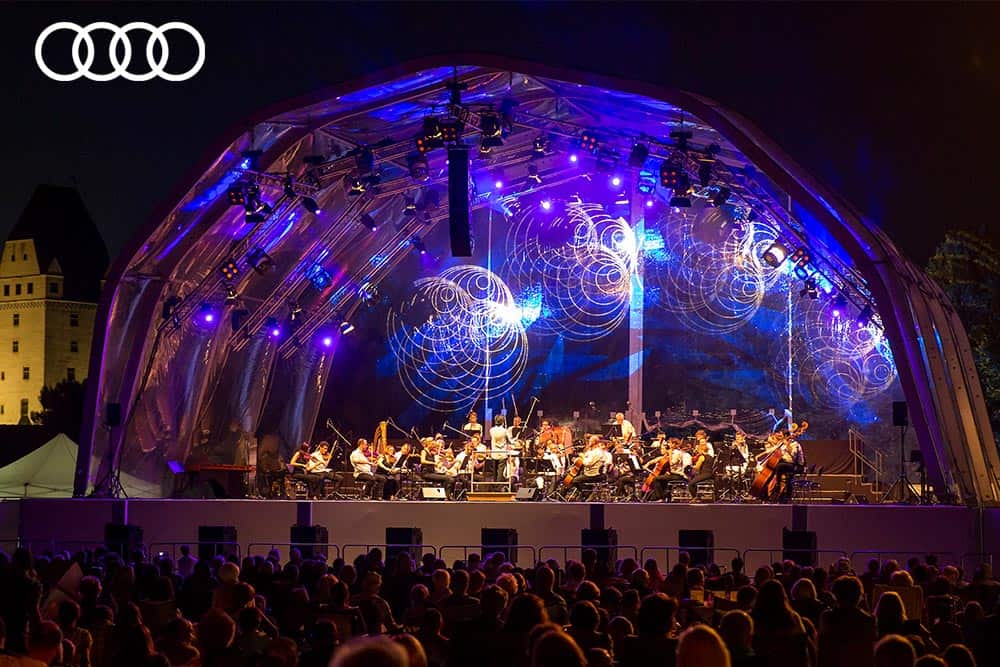 The Audi ArtExperience – the Audi programme to promote cultural activities – was to be made more recognizable among the audience interested in music and culture by means of a competition on Facebook. Furthermore, as many contest participants as possible should also be acquired for the regular Audi ArtExperience Newsletter (AAE News).

The Facebook presence of the Audi Summer Concerts was used to set up a separate competition to win concert tickets. Vision11 created the required multi-channel marketing concept as the basis for the exact structure and procedure and coordinated it with the Audi specialist department. In addition to the mechanics of the competition, the number of different posts, their contents and the target groups to be addressed were defined so that the respective interest group could be addressed as precisely as possible. In addition to creating the content, Vision11 was also commissioned with the technical implementation. Along with the competition posts, the project team also created the registration form, which was integrated as a separate tab within the fan page.

Vision11 implemented a registration process integrated with the Audi SAP CRM system in order to also benefit from the multi-channel marketing campaign in the long term. Interested parties could participate in the competition and register for the AAE News at the same time. In addition to drawing the winners, Vision11 also sent out notification emails from the CRM system and provided the performance measurement as part of the campaign reporting for a subsequent analysis.

In the competition period of 2 weeks, over 700.000 impressions could be generated within the Facebook target groups. One third of all participants registered for AAE News.

The Audi Group, consisting of the Audi, Ducati and Lamborghini brands, is one of the most successful manufacturers of automobiles and motorcycles in the premium segment. It is present in more than 100 markets worldwide and produces at 16 locations in twelve countries. 100 percent of AUDI AG’s subsidiaries include Audi Sport GmbH (Neckarsulm), Automobili Lamborghini S.p.A. (Sant’Agata Bolognese / Italy) and Ducati Motor Holding S.p.A. (Bologna / Italy).